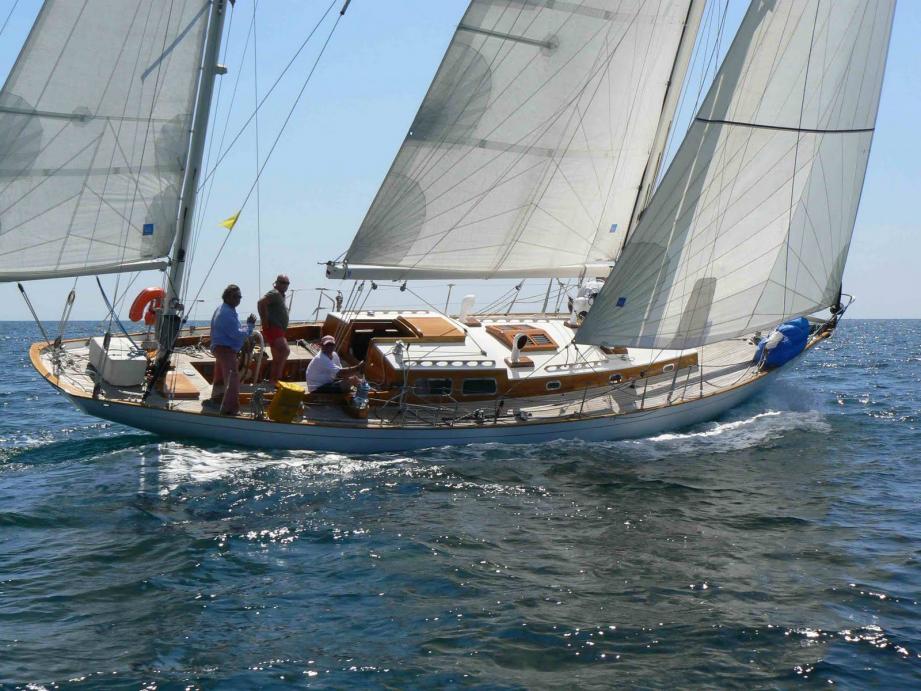 This is an “admirable yacht” and typical of the boats designed by Olin Stephens for offshore racing. Fitted with one of the first aluminium masts in sailing history, Stiren, launched in 1963, is the sister-ship to Anitra, winner of the Fastnet in 1959, which earned her a place in the  French team for the 1965  Admiral’s  Cup  with  Pen Duick II and Varna. She raced in Brittany and England, her impressive haul of prizes being crowned in 2008 by victory in the Transat Classique Lagassé: Douarnenez- Agadir-Saint-Barth, after an excellent year in 2007 when she won the Cherbourg Classic, the Isle of Wight’s Round the  Island Race all classes, and Cowes Classic Week! At the time, the boat had been given a new lease of life after a major restoration carried out by the Hubert Stagnol yard at Bénodet, where only the hull was preserved and a few elements such as the helm wheel and saloon table. Her former owner Gildas Rostain was voted Owner of the Year in 2014 by the AFYT (Association Française des Yachts de tradition). We hope the new owner receives similar recognition, as it is thanks to him the boat will be participating for the first time at Monaco Classic Week in 2015. 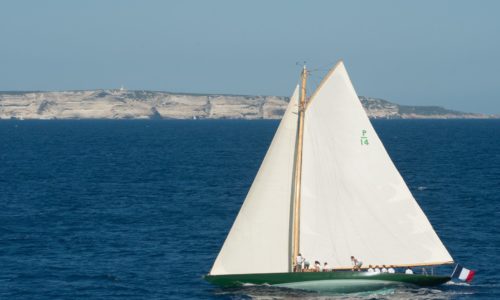 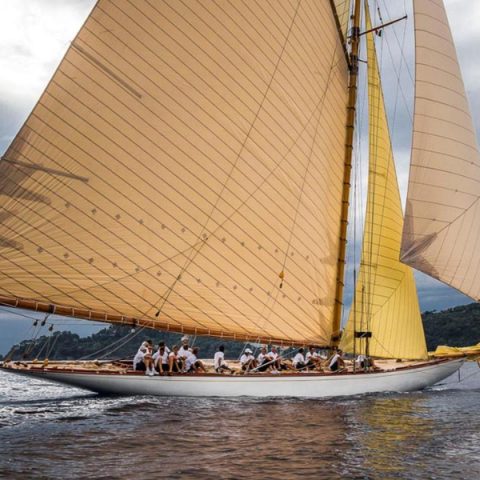 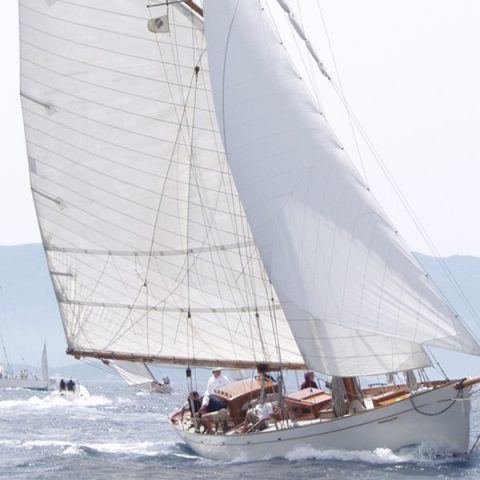