Mariska is one of twenty 15M yachts built to the International Rule between 1907 and 1919, and one of four still sailing today. Her racing career in the 15M Class lasted from 1908 to 1939 and in the yawl class from 1918 to 1939. Although she had 15 owners, her name was changed only once, very briefly to Orphée in 1916.  Mariska  is one of  the most famous classic yachts as,   in addition to her prizes, she has had some exceptional owners, be they yachtsmen (Stothert, Krüger,  Dalman,  Matthiassen),  or major figures like Olle Grafström, jazz musician and visual artist who lived on board for years. As the boat remained in Sweden for 73 years, Mariska is as popular in that country as Pen Duick is in France. Christian Niels bought her in 2007 in Holland, although the vessel was unrecognisable: stripped  of   her  lead  keel  replaced  with improvised ballast that remained intact for over 60 years, with her counter having been amputated by three metres, and rigged as a ketch. Her restoration by the Charpentiers Réunis de Méditerranée in La Ciotat is the first of this scale to be carried out by a French boatyard. One hundred years after three triumphant seasons (1908, 1909 and 1910), where she competed in 137 regattas, totalling 44 first places and 35 prizes or podium finishes, Mariska has returned to winning form. In October 2009 in Saint-Tropez  she  won her first “modern” regatta ahead of Tuiga, thereby taking revenge for their last official encounter which took place on 27th June 1912 in Kiel at European  Sailing  Week,  and was won by Istria who beat seven other 15 Metres. 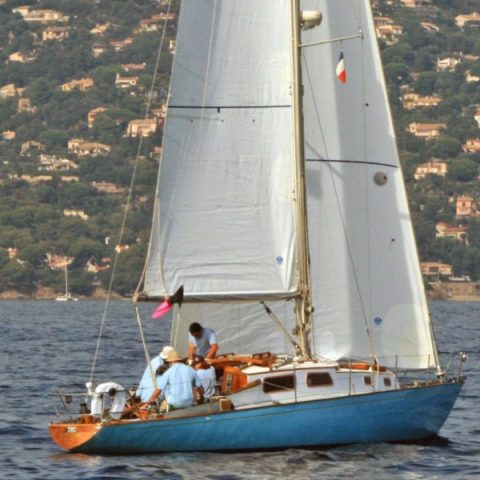 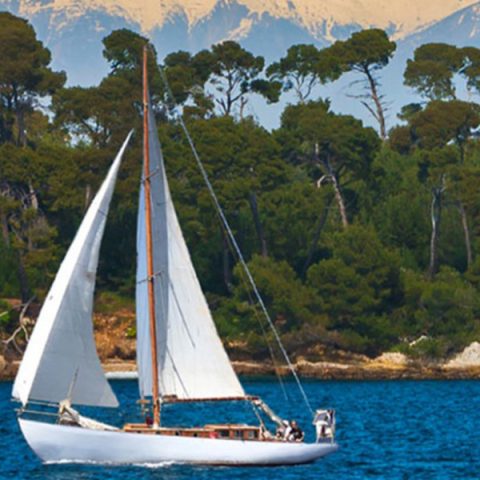